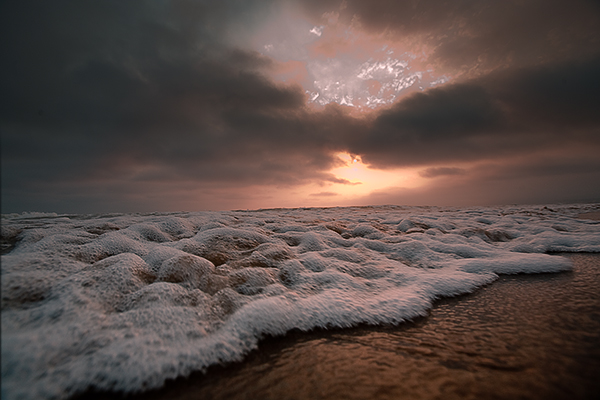 As I went about the task of writing my book, there were several stories excised from the final manuscript. Don’t despair though as I fully intend to bring them to you here. This first one I’m calling the “Great Flood” and after telling the tale I think you’ll agree.

Picture me on a Saturday night in 1980, dateless, shirtless but not hopeless because I was in my custom built studio in my custom built B&W wetlab in my very first studio in Hollywood. Right on Hollywood Blvd! I was printing for a client and for my book and had been at it for hours when I decided to take a break. My first studio was a cooperative arrangement on the second floor above the F. W. Woolworth store on Hollywood blvd., just west of Cahuenga blvd. There was a common area that fed into five individual studios on the floor. There was a jeweler, an interior decorator, a product designer and two photo studios. It was a fun time and one I will always cherish even if it turned out in ways I would have wished otherwise. (I’ll get to that in another blog, full of tension, fisticuffs and sorrow)

So as I’m walking through the common area to go down the stairs to get some fresh air, when I hear yelling and rattling of the metal security gate that I had closed before I went up to my darkroom to print. It was a fireman. I go down to investigate and he tells me what had happened: the ceiling of the Woolworth store had collapsed from the weight of a tremendous amount of water that had accumulated…somehow. The reason the fire department showed up at all was equally amazing: two drunks had gotten into a fight and one had punched the other through one of the plate glass doors of the store. When the police and paramedics showed up to investigate and provide first aid, the cops noticed all the water, the collapsed ceiling tiles and all the damage to the women’s lingerie section of the store. They in turn called the fire department.

Where was the water coming from they asked? Guess who? Remember I had been in my darkroom printing for several hours before I took my first break. The water had been running for hours as I was flushing my finished print holding tank with fresh running water. The studio drain pipe apparently had clogged at the point where it joined up with the drain pipe that connected to the drain pipe for the store below. It was quite a scene, broken glass, water, damaged goods and many missing ceiling tiles. The store had been closed for several hours so there was no one around to see the problem develop. If it hadn’t been for those two wonderfully impaired stand-up LA citizens, who knows how much damaged would have been caused?

My first reaction was am I covered? I figured I was but a bit of panic set in. Turns out the owner of the building took full responsibility for the problem as there was a clause in the lease that specifically stated that the building owner was responsible for those types of concerns.