RAW vs. JPEG. Which is better?

I’m a member of several professional groups on Linked In and the debate that has been raging for months on which format is better is interesting in that it touches a nerve with so many and that there are so many “experts” weighing in. This appears to be a thoughtful question on its’ face but ridiculous when you compare: pens vs. pencils, hammers vs. saws, Yankees vs. Dodgers (bottom of the ninth, 2 out and 2 on), sex vs. celibacy, dirt vs. grass and on and on. You get the idea.

Here’s my take. When it’s important, for a client or my portfolio, I shoot RAW. When it’s for my wife, I shoot JPEG. No seriously don’t go, I’m just getting started. JPEG has it’s place at the photography table, it’s just not as fun as a RAW meal. On the occasions when you know exactly what you’re going to do with the files and you’re working under ideal (the scene brightness range or SBR is within the range of the sensor) conditions and you don’t have to do significant color correction, contrast toning or up sizing, then go ahead and shoot JPEG till the cows come home. Today’s cameras do a wonderful job with the JPEGs. And you can edit them in the Adobe RAW converter (ACR). Quality will be compromised, don’t kid yourself. If you scrutinize an edited JPEG, you’ll see banding and posterization issues in the tonal transition zones: highlight to mid-tone and mid-tone to shadow. Look closely. And I mean with a professional’s eye towards a quality output. Borrow both of mine if you want but look….you’ll be surprised.

If you work under challenging conditions: you cannot fill shadows, cut down the contrast or otherwise minimize the impact of an extended scene brightness range then use a RAW file processor and you will redeem your photographs’ soul.

For example on this location I am capturing frames from early morning to late afternoon. I have sweet light until 9 or so and UGLY light until about 3. In between the SBR is out of the range of the sensor by 5 stops or more. RAW to the rescue, JPEG need not apply, you’ll be shown the door.

These top to bottom comparisons provide proof of the superiority of RAW files in uncontrollable lighting and contrast conditions. In the first set the early morning light does not pose a challenge as the SBR is well within sensor parameters. The next set shows the power and flexibility of the RAW format. Finally the last set is much the same as the second set but with a lighting angle that is more off to the edge of the scene. 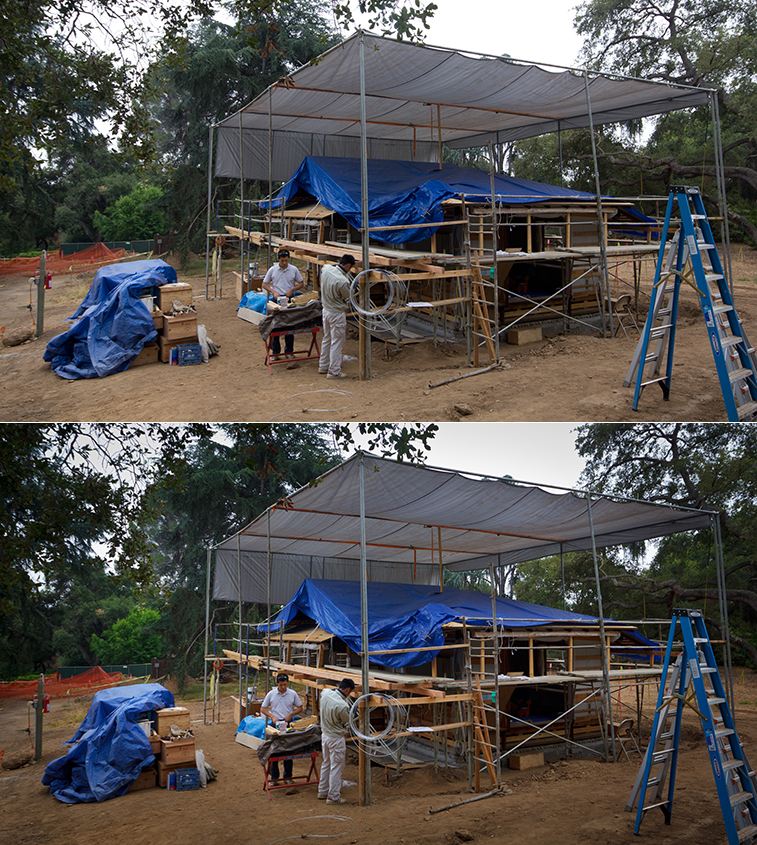 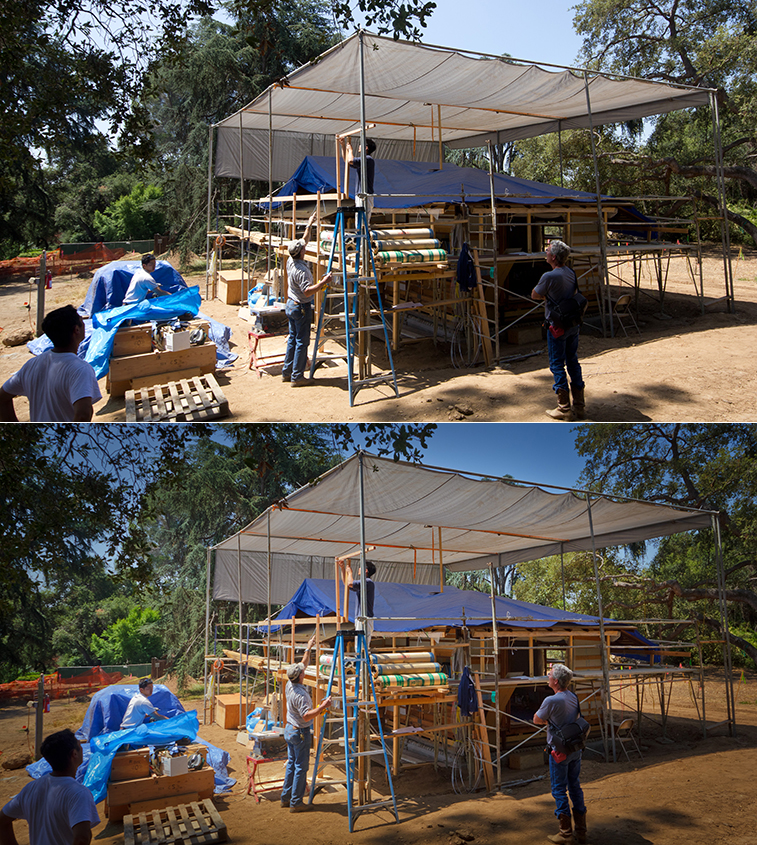 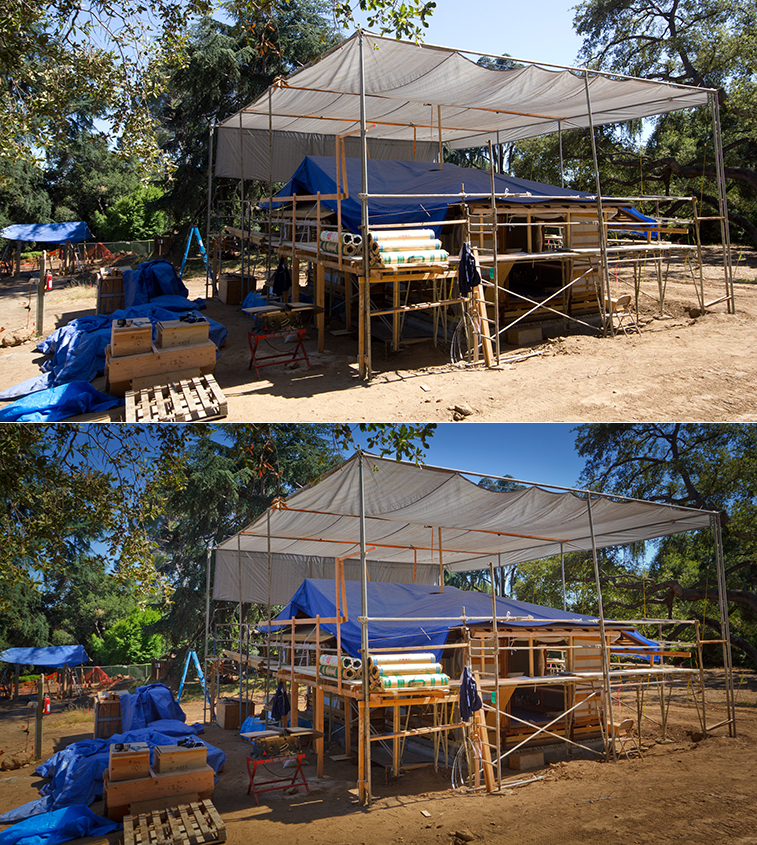 Notice how the highlights have been toned down and the shadows have been toned (opened) up? The skin tones have been warmed, the mid-tones have been boosted (clarity slider) and a slight vignette has been placed around the perimeter of each processed image. This heavy editing can be done on a JPEG file but the output quality will be compromised and less than acceptable especially when measured by professional standards. Keep your standards high, your clientele informed and your rates profitable.