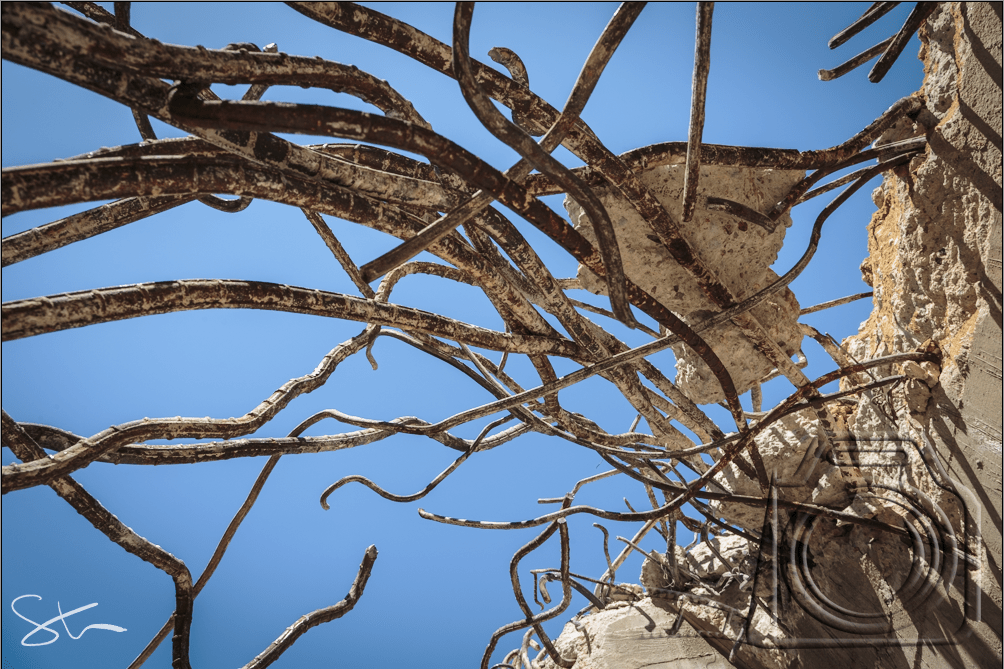 The definition of cool under fire, this is one quality you definitely want your professional photographer to possess when commissioning a time lapse project. Especially if your project is located at a construction site with heavy equipment moving about. Safety first is crucial of course but the dynamic nature of medium and large scale construction sites guarantee that unexpected opportunities arise and as a time lapse specialist who spends a lot of time on site, I’m present to time lapse those unexpected moments, danger notwithstanding.

END_OF_DOCUMENT_TOKEN_TO_BE_REPLACED

I’ll be appearing at the Los Angeles Center for Photography on March 19 for a talk about the ideas behind producing a time lapse narrative short film.

Come on down for some food, fun and some giveaways… 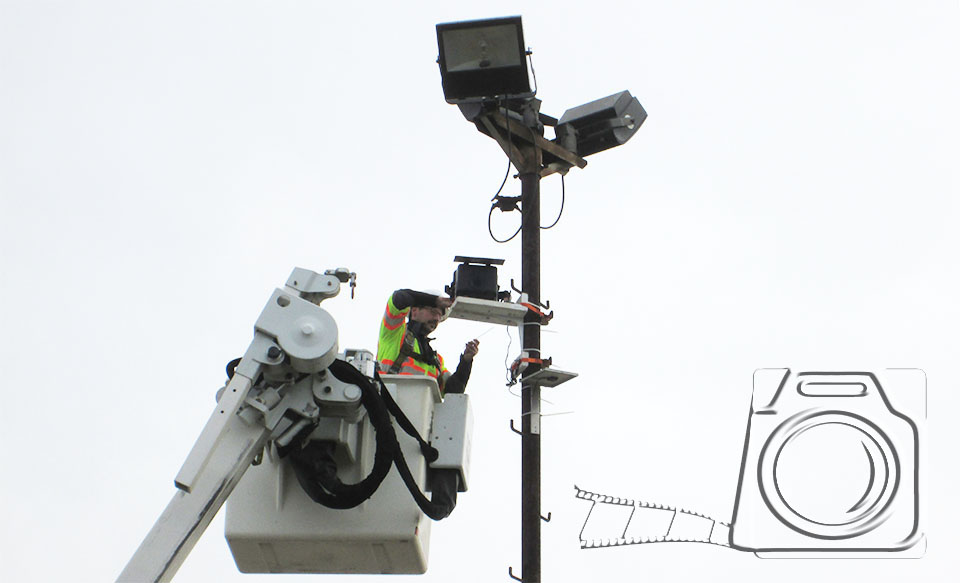 If you want your organizations’ story told using time lapse as the format, for social media to engage, entertain and inform your followers, please read the following and consider the elements necessary for a successful outcome.

Putting cost aside for the moment…

First off, time lapse photography at its’ core is documentary in nature. Time lapse photography is usually a straight forward process: one or more cameras diligently record a scene, event, process or phenomenon. It can be as straightforward as a single stationary camera set out for several hours, or it be exponentially more complex when cameras are placed in remote locations for weeks, months or years. Recording a variety of ambient sounds for use in the editing process is also a consideration. (Sometimes easier than trying to source it online after principal photography has been completed.) 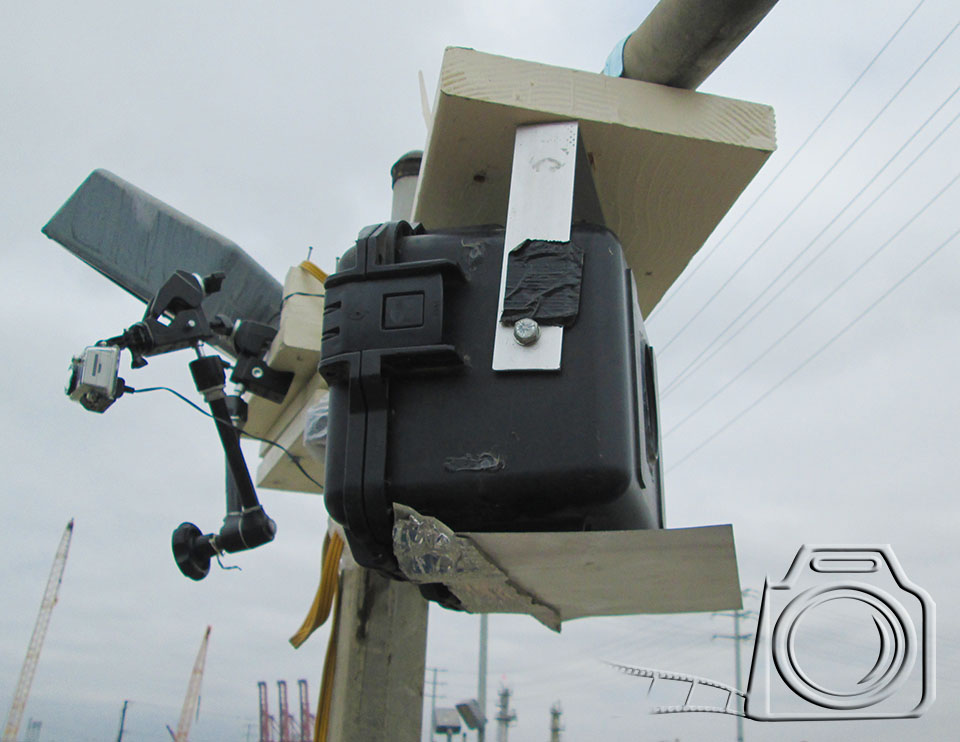 Camera rigs atop a forty foot light pole: a GoPro Hero 2 with a Bogen Magic Arm and a Canon T3i inside my custom made weatherproof housing. The shield below the housing was for blocking the night lights as both cameras were on a 24-hour schedule, recording an image every two minutes.

END_OF_DOCUMENT_TOKEN_TO_BE_REPLACED

Working with a professional photographer is a little like buying catastrophic insurance…you don’t really want to think about what could go wrong on a shoot but it’s nice to know you’ll be covered. For instance, it’s the little things that will stop a shoot completely: broken connector cables, dead batteries, failed media cards, missing quick release plate, etc. It’s like when the timing belt breaks on your car, it stops right there, there’s no nursing it to a mechanic, you’re stuck until a tow truck comes. Hello Auto Club…

The photography professional you select must be prepared for many contingencies, especially on location where a quick fix can be difficult to come by…

END_OF_DOCUMENT_TOKEN_TO_BE_REPLACED 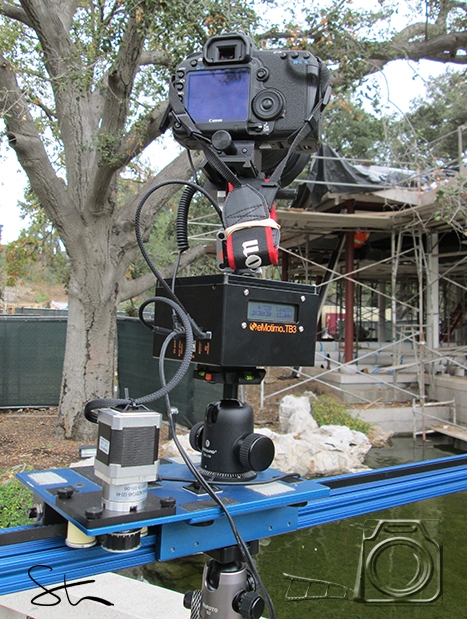 What should be your guiding principal when planning shots, especially when it comes to motion control time lapse sequences? The four keywords I keep in mind are: education, documentation, preservation and entertainment. Every decision I make rides on the backs of these four words.

I jumped into time lapse photography in ’03 and have been hacking away at it ever since. During this time, I realized I was developing a new specialty: the commercial time lapse narrative. Now I offer a boutique experience to my market in that I shoot time lapse projects with the mindset of a movie director. I offer and provide multiple camera set ups daily, weekly and monthly. In addition to the usual fixed or static camera that records all that happens in front of it I also place what I call rover units throughout a site in order to tell the complete story, whatever it may be…thus the decisions that come with this approach.

END_OF_DOCUMENT_TOKEN_TO_BE_REPLACED 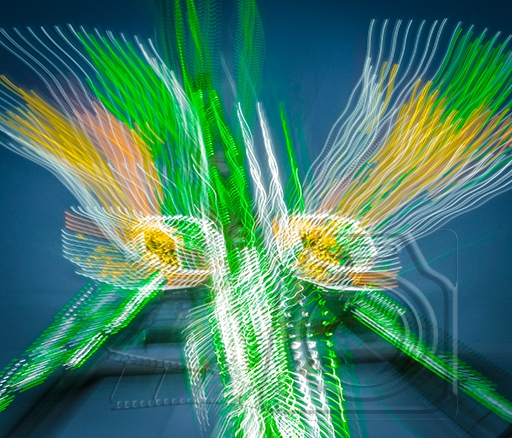 Last week I spent an evening with Kevin Susman of Storm Cellar and his WHYMATTERS #personalbranding Workshop. Kevin runs Storm Cellar and is a brand strategist, filmmaker and guy who does things for corporations. He has taken his corporate expertise and reformulated it into a personal branding program.

Why was I drawn to this? Number one reason: Kevin is a photography client, we became friends as a result, have kept in touch and I like to support my friends.

Secondly, I’m always looking for an edge when it comes to the self-employment game, especially since I’m in the photo industry which we all know is as easy as tying shoes to become successful in and thrive at…

After Kevin’s workshop that is no longer the case. The presentation was concise and entertaining. The hands-on portion was the kicker for me. We had to interact with others in the group. This is where I/we were able to flesh out the mysteries of what the hell we were doing…

I found it extremely productive and the end result has given me a clearer path to the far side of my career. I’ve been in this game for 32+ years so I’m no neeb. But we all need a little help and this workshop was dope!

August 27, 2013. I was on my 10th assignment for the Madison Square Company in New York. As the renovation of the Fabulous Forum proceeds, my archive is contains over 1500 images and with each new shoot, continues to grow. Here’s my gallery of 39 (so far) select images.

I love documentary photography because of the way historical photography instantly transports me to a place and time much like a favorite song does. Creating the historical record of what’s taking place at this storied venue will be important for future Los Angelenos and scholars. and it’s a lot of fun for me now. My client has mentioned more than once how much she appreciates my devotion to the project. No worries!

I grew up watching the Lakers, Kings and the circus at the Forum. Usually with my dad. Just he and I. As he’s been gone several years now, this assignment takes on more meaning each time I venture through the place documenting it’s current state. It saddens and thrills me simultaneously. Kinda weird. But oh so much fun. 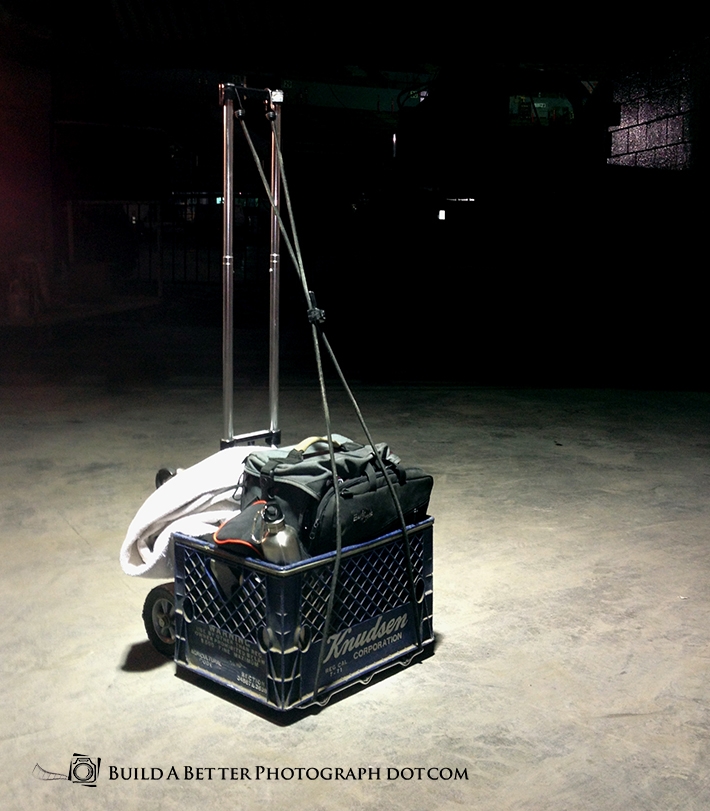 Everything I need is in the box: tripod, speedlight, cameras, lenses, water, food, towels, flare shield and an iPad. (I look at previous shoots to match up camera positions for shoot-to-shoot consistency) 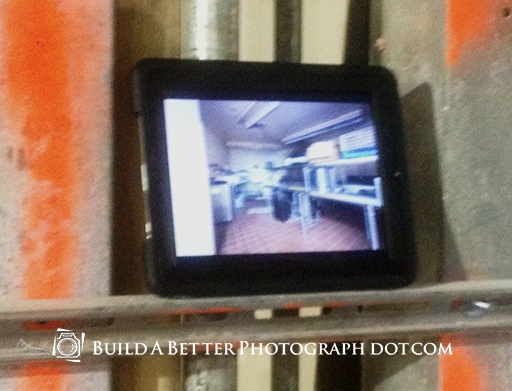 I ain’t no spring chicken anymore and with all the walking up and down narrow passages, traipsing all over and around various construction detritus and equipment, it pays to be as nimble as possible.

Each time I set foot on the property I’m obligated to wear steel-toed boots, an orange vest, safety glasses and a hard hat: 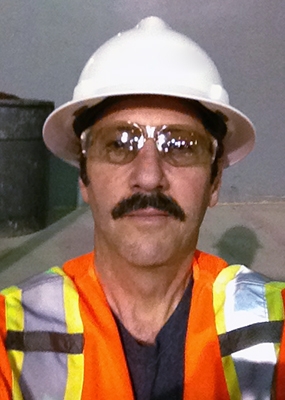 I bought a Lil Mule camera dolly for the express purpose of moving my camera in random, controlled patterns. Here’s what it looks like: 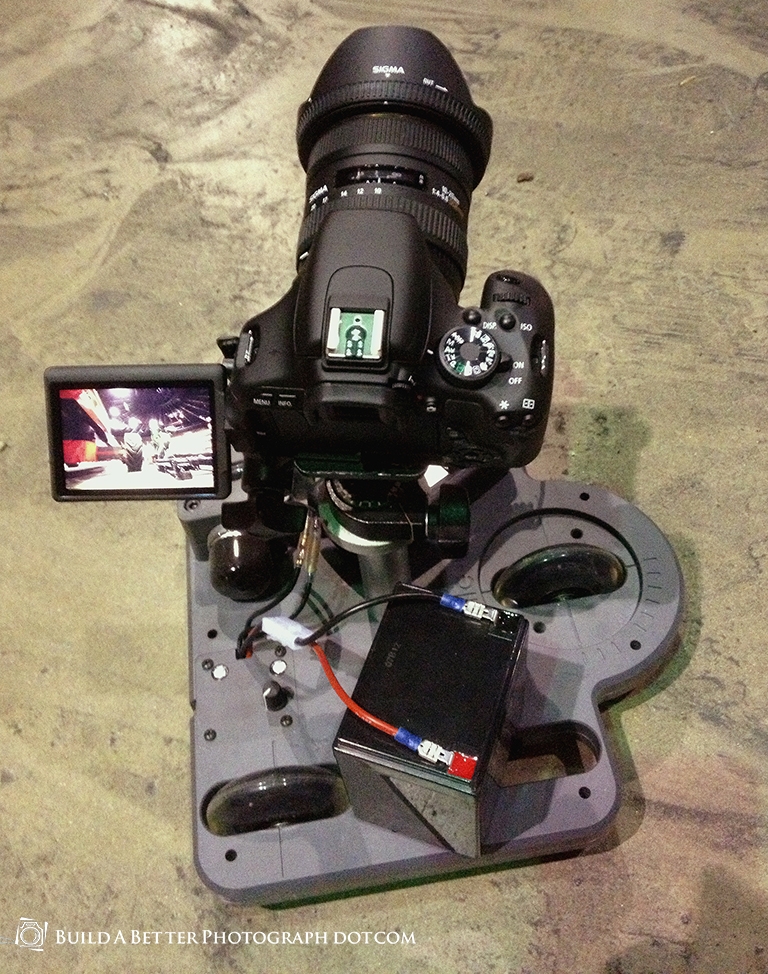 It’s sweet. I’m glad I made the investment in one. Here’s my first test with it prior to taking out to the Forum.

How’s that for fun? Footage from the Forum to follow….

Through consistent and tedious effort my SEO strategy is paying off. I’ve been getting calls for commercial and time lapse photography assignments in key areas I want to work during this phase of my life and career: portrait, time lapse, construction and event photography. (not necessarily in that order)

This assignment came in about a month ago: to time lapse trucks entering the Port of Long Beach’s Yusen Terminals. The idea was to measure when the heaviest and lightest traffic times occurred throughout a 20 hour cycle. The end time lapse film had to include a clock to help easily identify these key times. My camera had to be in a single, stationary position.

My client scoped out the location earlier and selected the perfect spot: inside, high, protected and with power. The only issue was reflections while shooting through glass. Here’s my solution: a Lenskirt and a black cloth on a C-stand. 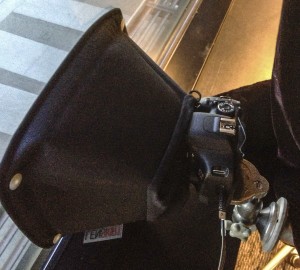 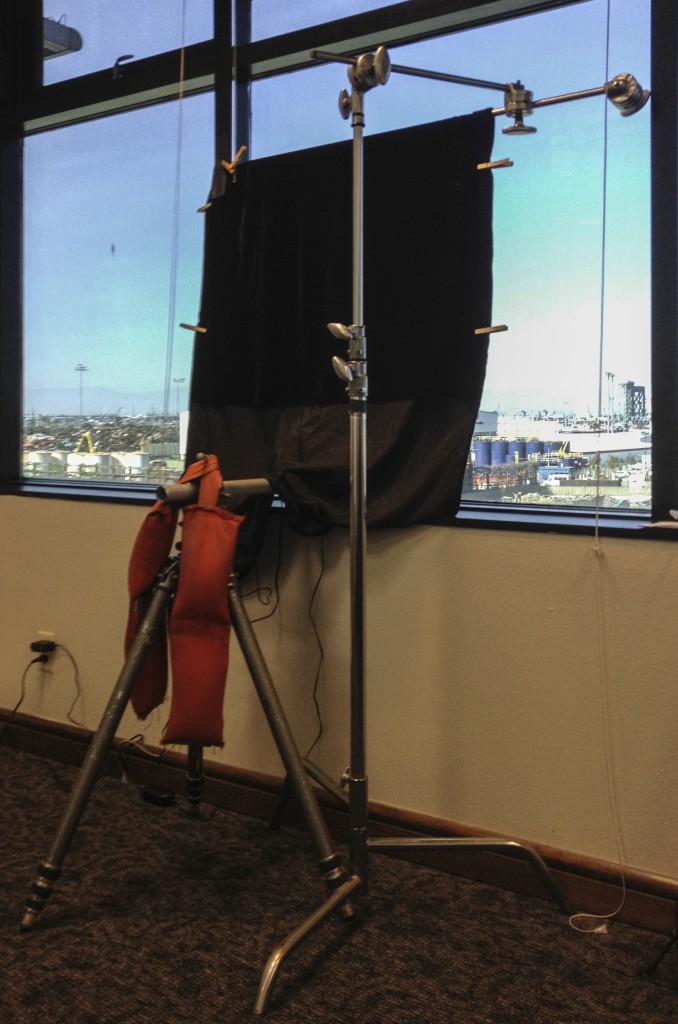 Why have the extra black screen behind the camera? Years ago I learned the value of testing set ups before prior to a shoot. For this shoot I tested my camera, intervalometer and tripod. I allowed for reflections but not enough to prevent a reshoot. I then purchased the Lenskirt to eliminate the possibility of reflections for said reshoot. I bought this particular item because a colleague recommended it.

I needed to ensure (as much as possible), that reflections would not interfere with the content. I’m setting up for the test when I realized that the lens was going to be at an oblique angle to the glass and reflections could still be an issue. And I was correct. I mimicked my set up as closely as possible and lo and behold there were reflections even with the Lenskirt attached. The current version was designed assuming  lenses will be squared up to the glass, not at an oblique angle. I just heard from Aaron, the creator of the Lenskirt and he’s making a larger version for just this reason. Hooray!

Here’s an early frame pull prior to my 16 hour test: 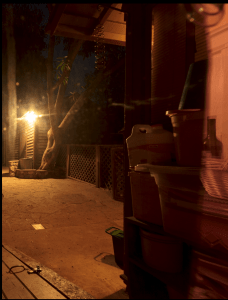 This cropped frame clearly shows the reflection of a basket and the wall behind it in the window. This problem was solved by adding the black cloth behind. So now on to the shoot. Once on location I cleaned the glass, set up my camera, doubled checked all connections, ran a few test frames, reset the Promote Control to begin 13+ hours hence, left and hoped for the best. 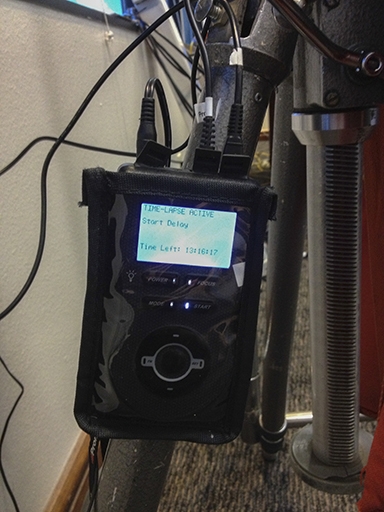 The shoot went well except that outside dirt and the glass thickness caused additional issues that had to be dealt with in post: 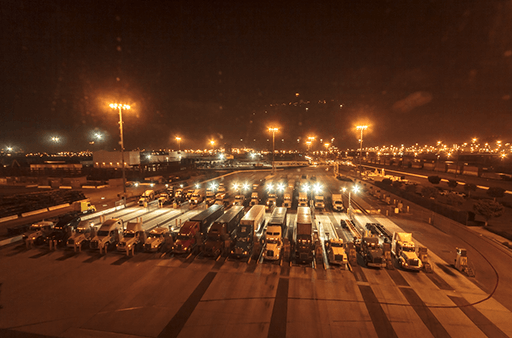 The reflections being as prominent as they were surprised me. The dirt was unfortunate. If I could have arranged for a cleaning of the glass prior I would have. As I scrutinized the window during set up, I knew the dirt bunnies would be minimal and easy to remove. 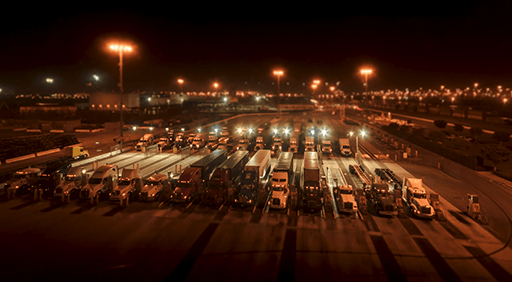 Lightroom’s spot removal tool and the sync function were invaluable in helping me build better content for this client. The larger issue here is that there are ways to get new business in the door and there are ways to successfully complete an assignment. Unknown things often happen on a shoot, success and failure change places easily and the agile and vigilant pro understand this.

As a buyer, that’s what you want in todays’ market.

This is a photograph of how the subject appears during the time of day I prefer to work: 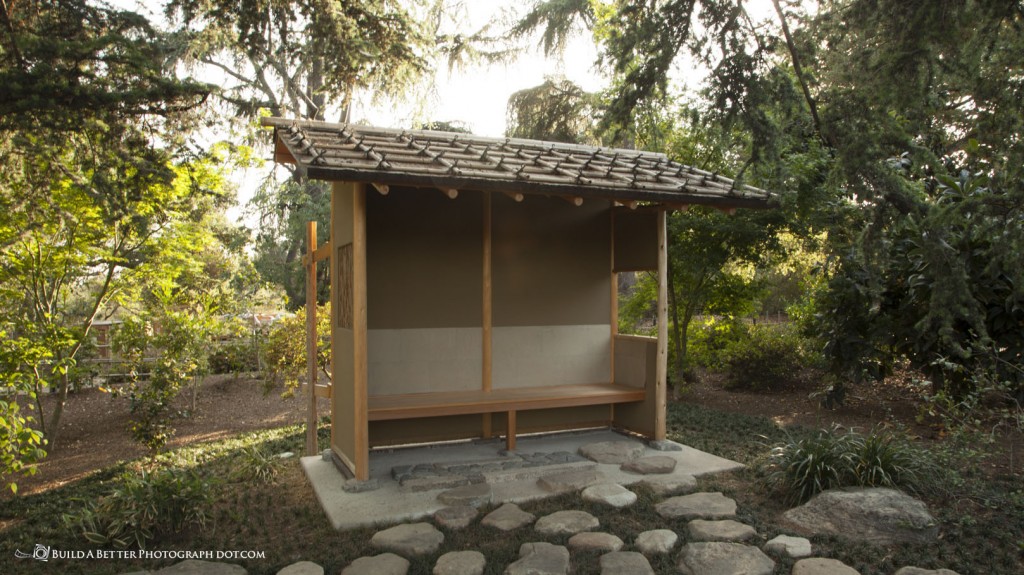 I made a number of additional exposures while on the scene. I integrate a secondary light into the scene during these additional exposures. All 50 of ’em. They’re toned and cropped in Lightroom, exported to Bridge for assessment of order and then assembled in Photoshop where the finishing touches are applied.

Here’s the photograph I built: 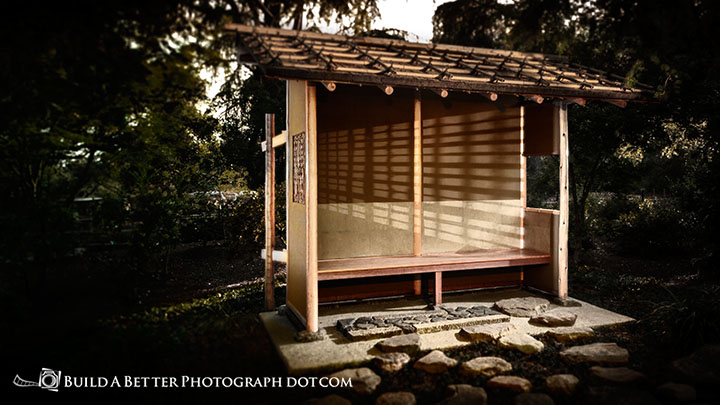 From cradle to grave in under 3 hours….. 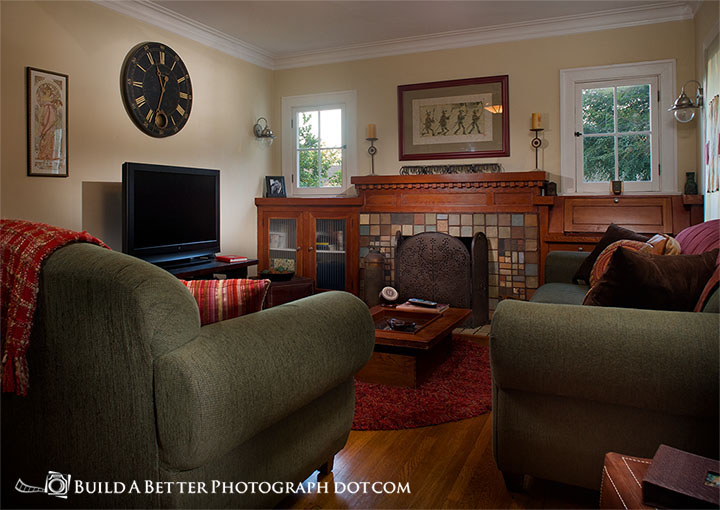 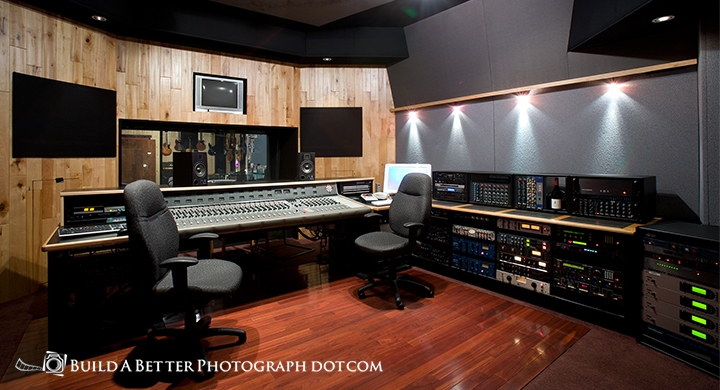 A video of me in action.

Each exposure in this process is a light switch. This switch can be on or off. Made lighter or darker. Crisp or fuzzy. I have other things I can do with these “switches” but a fella shouldn’t tell all his secrets should he?

A successful photograph is a series of small decisions made correctly. It’s that simple. Especially after 10,000 hours of practice. I build photographs, I do not take pictures.

I can look at a scene and overlay a lighting paradigm:  the lighting angles, the contrast ratios, the color relationships and the brightness range. I commit this to memory and off I go. The camera is locked in place, I move around the subject with my trusty little light and in true “painting with light” fashion, I sculpt the final composition. This is part one.

Part two is all about alining the files so they share camera calibration, lens profile and white balance characteristics. Then more fun. Cropping for impact and toning for beauty.

Part three is when I assemble the elements into a cohesive whole. My average is 25 layers per man-made scene.

This technique isn’t new. It doesn’t break new ground. This is however my favorite technique because it offers many visual choices, demands improvisation and also provides a level of control that meshes perfectly with todays technology.