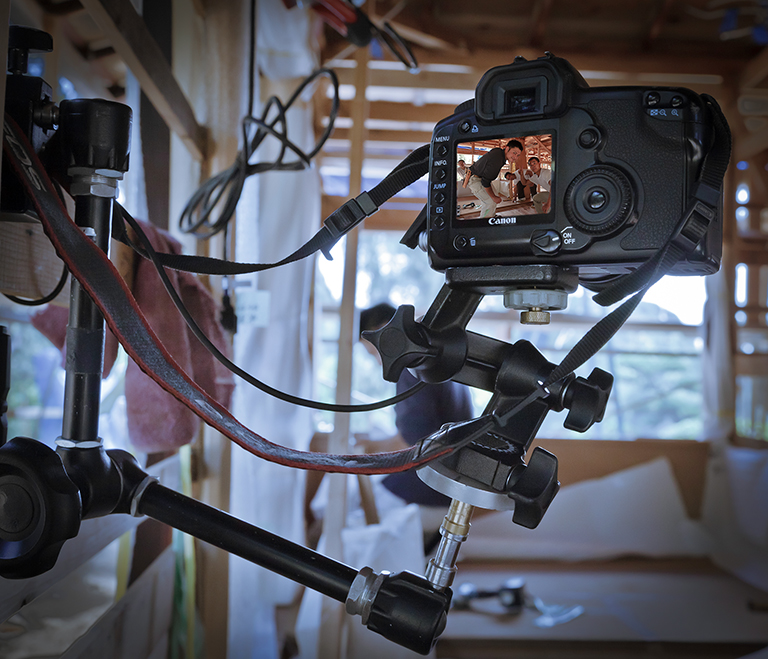 As many of you know I’m working on a project to deliver a four month time-lapse photography sequence. After capturing the first 5,400 exposures I moved camera 1 to the other side of the construction site. With the exception of this camera inexplicably shutting down for 1/2 a day after it was relocated (and after it ran flawlessly for 300 exposures), the move was successful. I chose to relocate because a tarp covering the entire structure was obscuring the work being performed and I wanted to get an angle that included the front of the structure. 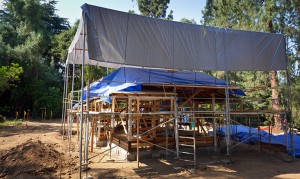 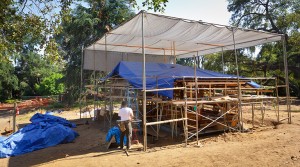 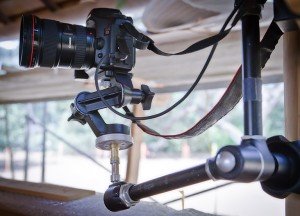 To increase the odds my client will be pleased with the entire body of work, I occasionally add a mobile second camera to capture the work inside. The camera is set up at a spot where the work will be done for that day and a handheld intervalometer is used to control the camera. I leave for several hours. The fellows from Japan who are working here have enjoyed being photographed and have hammed it up a few times during my absences. The relationship we’ve been establishing with each other has been building and will lead to more cooperation regarding the shots I want. I look forward to working with them throughout the remainder of the time they’re here.

As soon as I post sequences, I’ll let you know….