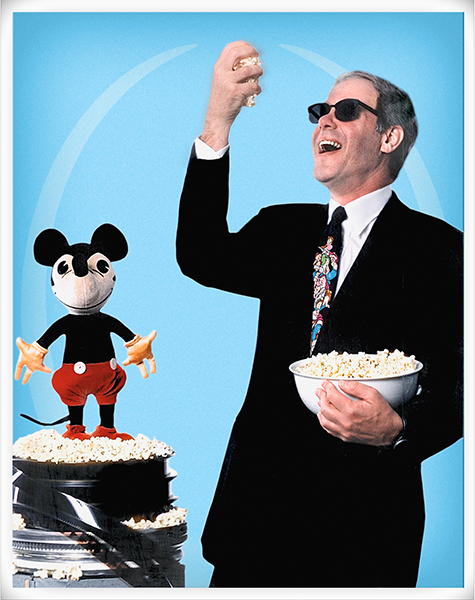 Michael Eisner, former CEO of The Walt Disney Company and someone I worked with on three occasions.

I am writing my first book on the creative process of artists. It will be titled “Build A Better Photograph: A Disciplined Approach to Creativity.” It will be out in 2009.  This will most likely be my Ricki Lee Jones moment.

In 1979 Ms. Jones released an album called “Chuck E’s in Love.” It was the culmination of her long and under-the-radar career singing in joints and other small venues. The album was a smash. It’s still one of my favorite albums. Her follow up “Pirates.” Was not. Why? My theory is everything she had went into that first album. It said all she had to say. This is not a knock, her work is terrific. Just not a lot of it. Her output was limited but no less impressive. I am so glad she released the album. Thank you Ricki Lee Jones.

The book I am writing is the culmination of my career. This may be the only book I ever write. I’m making the most of it. Twenty eight years as a professional photographer, I’ve learned a few things about creativity and working for oneself. I’ve had a great ride. Had some great clients. I am sharing as much as possible in my book but obviously cannot include all experiences. Who’d want to read that? However I will from time to time write additional experiences here as an on going adjunct to the book.

First up are a few thoughts about photographing people for professional head-shot uses. I’ve worked with hundreds of professional sales reps, corporate directors and the like. I would like to share my protocol when working with these folks. This protocol came about as most camera time with professionals is usually limited to thirty minutes. Fifteen to twenty is the norm in fact. Working fast and being a professional goes without saying. Are you ready?

Have great interpersonal skills. This will make it easier for them to trust you. When speaking to your subject be very articulate. And don’t mumble. Clearly explain before the session begins what your expectations are and how you will direct them during the session. Believe me, they want to be told what to do. Present yourself well, meaning have good manners, dress well and maintain good hygiene. Some of this sounds all to obvious but you’d be surprised what I’ve seen in my career, on both sides of the camera. Sometimes people smell. Sometimes they have breath so strong it could have dissolved the chrome plating off a trailer hitch. I’ve brushed off dandruff, removed gum and retouched food stuck in teeth.

Early on I developed a series of hand signals to help my subjects move, turn and tilt their heads in relationship to their bodies. This often worked better than just speaking turn right or turn left as they often turned the opposite way I intended.

OK that’s it for now. Good shooting everyone!