Filling in a Hole, A Really BIG Hole! 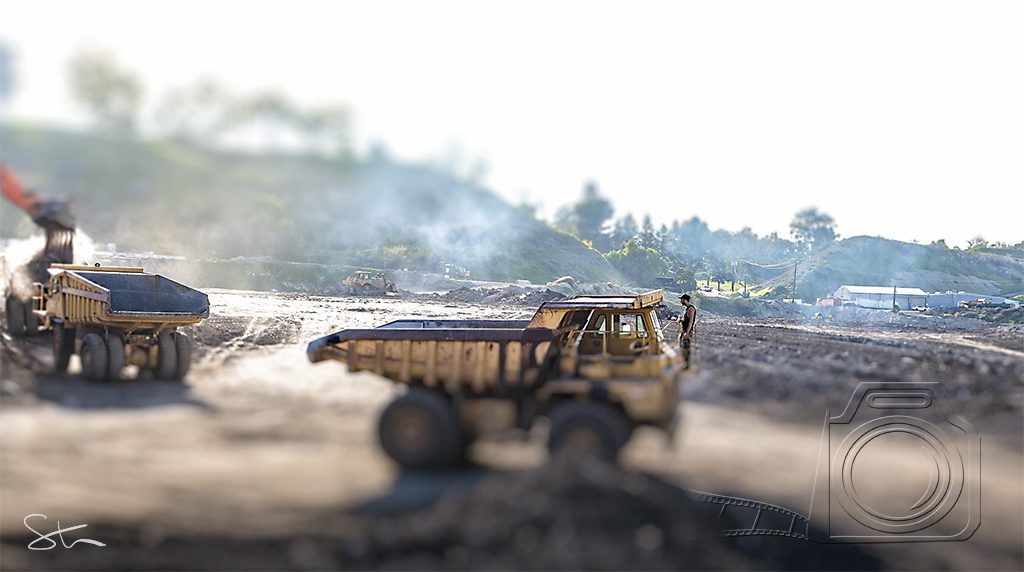 When I was called and asked if I could do a time-lapse of essentially the filling in of a huge hole, (grading) located in Lomita, CA, I was at a bit of a loss for words…”filling in a hole”?

As the discussion continued I came to realize the challenge of recording the movement of dirt, especially on such a large scale. The client was incredibly supportive, green-lighted the majority of my ideas and made sure that their administration of the project went as smoothly as could be desired. A dream client and a truly wonderful experience.

I decided to pull out an old technique that made the rounds several years ago, (2006) and in fact was first spotted in still photographs taken by a National Geographic photographer David Burnett after hurricane Katrina: miniaturization.

This technique resurfaced again in 2010 in quite a few time-lapse films. A fun technique that is trendy, I used it here with a few tweaks: multiple layers of the effect, blending in and out of the frame and moving from top to bottom within the frame…

Given the rather mundane nature of the subject matter, I’m happy with the results.

This entry was posted in Business.